“The People You Know” – A new direction for Liberty Communications

Liberty Communications, based in West Liberty, Iowa, wanted to create a bold campaign using tactics they had never tried before. They turned to Pivot to produce a video series, called “The People You Know,” to highlight community members in the towns they serve: West Liberty and West Branch. Pivot created the ThePeopleYouKnow.com microsite and helped Liberty launch a digital campaign to draw traffic to the videos.

Jackie Henderson is a TAG program teacher at West Liberty Middle School. She’s one of the people you know. In this video, she speaks to how technology enhances the learning opportunities of the children in our community, and how the school’s unique dual language program fosters cultural understanding in a diverse town.

Growing up in West Liberty

West Liberty residents Rob Krysh and Sara Sedlacek are raising their daughter Ruby in a connected world. Enchanted with the community of West Liberty, they love living where people know their names and keep an eye on their little girl. Meanwhile, they are connected to far-flung family and friends via the power of the Internet.

Coach Butch Pedersen of the West Branch High School Bears football program is a living legend. For more than 30 years, Butch has built one of the top programs in the state. These days, Butch keeps the Bears in step with the 21st century by using technology to enhance the experience of the game.

As the largest employer in town, West Liberty Foods is dedicated to the community’s success. Whether it be selling products locally or half a continent away, they have a reputation for excellence. Supporting that excellence is a powerful network connecting four plant locations around the country.

The face of farming is changing–hear the story of Jake Pederson and his family’s tradition of farming. From computer screens to tractors, Valley View Farms, Inc. is staying current with the changing trends.

Three generations of hometown heroes, three generations of firefighters. A heritage of service. A local business. Kids who Skype with Grandpa. People whose names are known around town. This is the modern American Dream, alive and well right here in West Branch and West Liberty. Meet the Stoolman Morrison family. Pivoteers traveled to Iowa in three separate trips to plan and film the six videos. While we were there, we spent time getting to know West Liberty and West Branch and the wonderful people there. 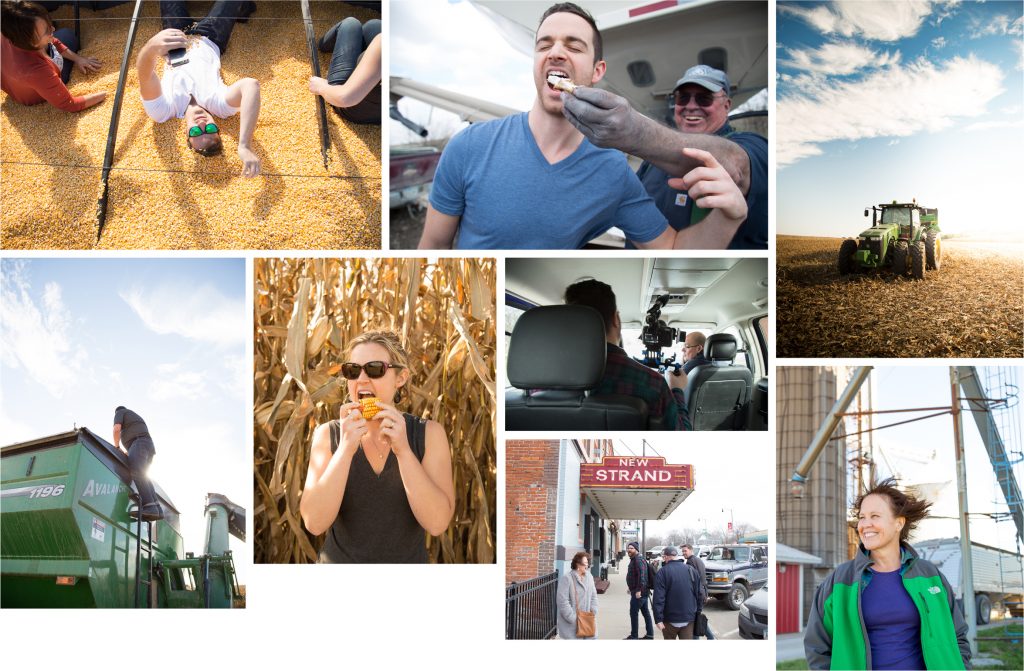